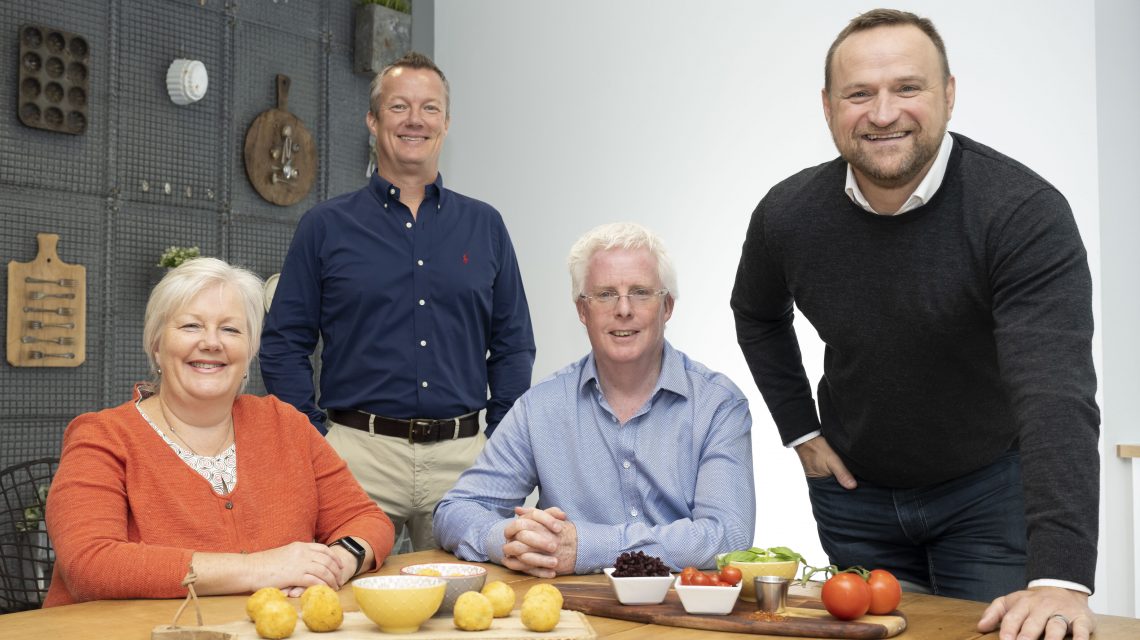 Experienced CEOs and growth strategists Andrew Lord and Jason Rees have joined the Board of The Abergavenny Fine Food Company.

Experienced CEOs and growth strategists Andrew Lord and Jason Rees have joined the Board of The Abergavenny Fine Food Company, in the latest move in the food manufacturer and exporter’s continued drive for expansion.

Mr Lord, previously MD of Sunjuice, was appointed Chair in March, while Jason Rees recently came into post as Managing Director, when the business’ MD of 15 years, Melanie Bowman, stepped down from the role. Mr Rees has a military background, reaching the senior rank of Major and has more recently held senior roles at Orange UK, EE and FarePilot.

They both join the Management Board with Finance Director Tarryn Brownlee, Operations Director Paul Mortimer and Bryson Craske, who is Commercial Director.

Upon his appointment, Jason Rees said: “I am thrilled to join such a dynamic and resilient business. Under Melanie’s expert direction, the company has evolved to meet consumer demand and export into new markets. I look forward to continuing the business’ growth and expansion.”

Melanie, who has been key in her family’s company for the last 35 years, has made the decision to take a back seat, executive role. Under Melanie’s guidance, the business has grown and now has a turnover of more than £30M, including £6.01M export (20%), and a team of 195 full time staff, swelling to 240 at peak production times.

The company started when Melanie and Bryson’s parents moved to the Welsh countryside in 1981. Pam asked Tony to buy her a cow, as the farm was so remote and it was difficult to get to the shops for milk. He couldn’t find one but brought back a goat and she learnt to make goat’s milk. The business expanded to such an extent that they moved to a Welsh Development Agency funded purpose-built food unit in 1989 and then a much larger premises in Blaenavon in 2007.

In July 2015, a devastating blaze tore through these facilities and six fire crews and forty firemen attended to fight the fire for four hours. While all future production was at risk, staff were moved to the company’s creamery in Abergavenny, while the main £10M facility was rebuilt within 26 weeks and officially opened by the Prince of Wales the following year.

Melanie says: “AFF is very well positioned at the moment and is recording significant growth.  These latest appointments will help ensure we have the right structure and skillset to take the business even further and onto the next stage of planned growth.

“People are what truly make a business great. I will certainly miss the team, which has a real ‘can do’ attitude, perhaps best exemplified to me following the fire, when everyone worked together to achieve what seemed at the time, impossible.”

Like all businesses, The Abergavenny Fine Food Company has faced challenges presented by Covid-19. Staff were furloughed at the beginning of lockdown, when the factory was running at 50% output, but is now back to full production capacity, with a broad portfolio of emerging products including gluten free and vegan.

Melanie added: “We continue to evolve and are exporting a significant volume to Australia and Japan and where there’s opportunity, we will continue to invest in NPD to ensure we are on-trend and meet our customers’ expectations to deliver new products.”