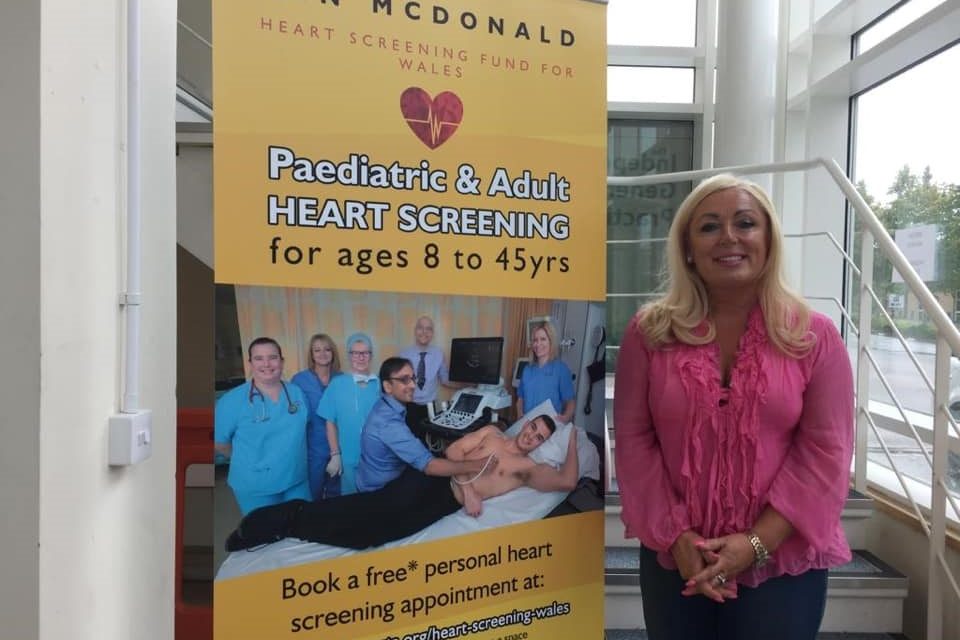 Sharon Owen, Charity Director of Welsh Hearts, will walk the course of this years Cardiff Half Marathon with the family of Ben McDonald who died after running the half marathon last year.

After running the Cardiff Half Marathon last year Ben McDonald suffered a cardiac arrest. The 25-year-old sadly later died in hospital. In memory of Ben his family will be walking the 13.1-mile course this year on October 6 with Sharon Owen, whom they have worked closely with since losing Ben.

Welsh Hearts have established the Have a Heart Appeal which aims to raise £1 million, allowing the charity to screen every young heart in Wales. As part of this appeal the charity have launched The Ben McDonald Heart Screening Fund which was established following his death. The fund has been set up in his memory to offer free heart screening to members of the public aged between 8 and 45 in a bid to reduce the hundreds of deaths every year caused by undiagnosed heart conditions.

In line with Restart a Heart Month this October, Welsh Hearts are holding heart screening sessions for adults and children. October 5, the day before the 2019 Cardiff Half Marathon, a screening session in memory of Ben will take place. This screening is open to anyone aged 18-45 and can be booked for a deposit of £20.

When discussing the upcoming half marathon, Sharon Owen, Charity Director of Welsh Hearts, said: “I feel honoured to be walking the half marathon in Ben’s memory with his family. To lose someone close to you is an incredibly hard thing to go through which is why we are offering a number of heart screening sessions in order to detect any undiagnosed heart conditions.
“Ben’s last achievement was running across the finish line at last years Cardiff Half Marathon so to be walking the same route he did with his family is really special and I know will mean a lot to them.”

Every week in the UK, 12 apparently fit and healthy young aged 35 and under die from undiagnosed cardiac conditions. It’s estimated that one in every 200 people who have their heart tested will be identified as having a potentially life-threatening heart condition.

Welsh Hearts is Wales’ only heart charity and their mission is to provide public access defibrillators in Wales, to provide free defibrillator and CPR training to the Welsh public, and to screen hearts for heart conditions that would otherwise go undetected.

Members of the public can book a heart screening via the Welsh Hearts website on their events page.

For all media enquiries, please contact Laura Brown on LBrown@effcom.co.uk.