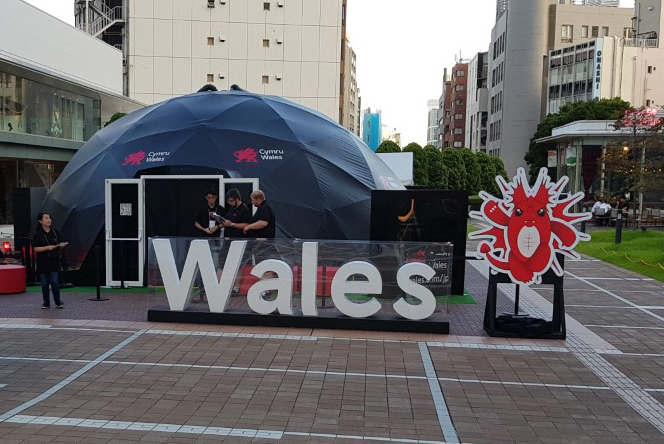 17 business leaders are currently in Japan as part of one of Wales’ largest ever trade missions to the East Asian country – including Swansea-based Internet of Things (IoT) company, Vortex IoT.

With all eyes currently on Japan, Wales has embarked on one of its largest ever trade missions to the

The innovative Swansea-based Vortex specialises in improving the way industries operate through the increased use of the internet and artificial intelligence particularly in the field of Air Quality Monitoring (AQM). The company’s ground-breaking solutions have already attracted the attention of a number of major global brands, including Hitachi and Dell Technologies, and the air quality specialists have secured a significant deal with the 2022 FIFA World Cup in Qatar.

As well its HQ and Rapid Prototyping Laboratory in Wales, Vortex recently opened a satellite office in Singapore, and is keen to increase its operations within the Association of South East Asian Nations (ASEAN).

Throughout the Japan trade mission, Vortex Managing Director Adrian Sutton, has held meetings with Hitachi and the Tokyo 2020 Olympics team, with a view to building on the programme of work Vortex is currently completing in Qatar. Adrian also took part in the launch of GlobalWelsh Tokyo, GlobalWelsh’s latest City Hub, on 25 September. 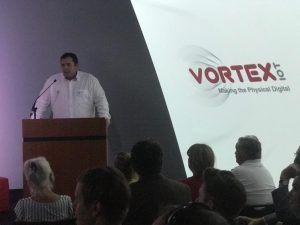 Adrian said: “I think this programme is extremely worthwhile and has been meticulously planned by the Welsh Government to ensure that Wales makes its mark on Japan and the people that reside and do business there. Wales already has a longstanding relationship with Japan, and the events taking place over the next month, particularly in the Wales Dome, will leave a legacy long after the Rugby World Cup has finished.”

The Wales Dome, the pinnacle of the exercise, will be located in the heart of Tokyo, displaying the best of Welsh business, food and culture while hosting a series of events up until 3 October.