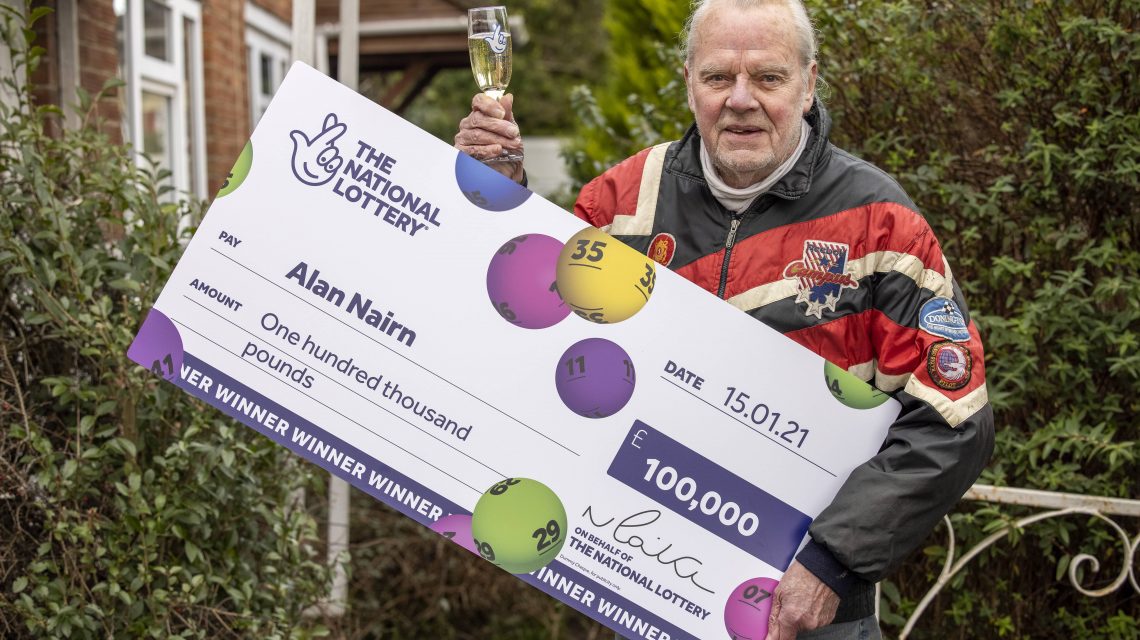 Windfall for Cardiff Man Thanks to £100K Scratchcard Win

A retired welder from Cardiff is celebrating a £100K win on a National Lottery Scratchcard by making exciting plans for life after lockdown.

A retired welder from Cardiff is celebrating a £100K win on a National Lottery Scratchcard by making exciting plans for life after lockdown.

Alan Nairn, who turns 80 this year, plans to put his windfall to good use, getting his much-loved motorbike back on the road, buying a new model locomotive and donating some of his winnings to charity.

However, things could have been very different for Alan who nearly put his lucky scratchcard straight in the bin after he misread the numbers.

Alan said, “I was looking for small prizes when I scratched the card and when I didn’t see those, I started to throw the card away. Then I realised that there was an awful lot of zeros and took another look. I couldn’t believe my eyes and kept the card for over a week before taking it to get it checked. I kept forgetting where I put it and was constantly rifling through old books to check it was safe.”

A former motorbike racer, Alan has had his classic motorcycle, a Honda VF-1000R, for 37 years but in recent years, the cost of insurance has meant that his spare time has been spent maintaining the bike rather than riding it.

Now however, Alan’s hope is that after spending the last 10 months carefully following Covid-19 regulations, he will be able to get his bike back on the road in the summer, and restrictions permitting, be able to revisit some of his favourite places.

Alan said, “I have looked after my bike for 37 years but recently, I had all but given up hope that I’d be able to ride it again. Now though, after spending months only going to Tesco and to the Post Office, I’m looking forward to safer, warmer days and taking my bike to the Brecon Beacons and my beloved Tenby.”

Alan also has plans to treat himself to a new, working model locomotive. He has spent much of his time during lockdown working on large scale models and is keen for a new challenge.

Alan said, “This win means that after a tough year, I have lots of things to look forward to. I have lots of exciting plans for the money and I hope that I will be able to make some donations to causes I feel passionate about. I’d like to support the NHS somehow, put some money towards animal welfare charities and make a donation to a veterans’ charity which helped my parents after the war.”

Thanks to National Lottery players, up to £800M is being used by charities and organisations affected by the impact of the coronavirus outbreak across the communities, the arts, heritage and sport. This includes up to £400M in funding support from the National Lottery Community Fund which is being used to help groups best placed to support people and communities through the crisis – from helping support food banks to causes that combat loneliness and isolation, support for the elderly and projects that aid health in the community.