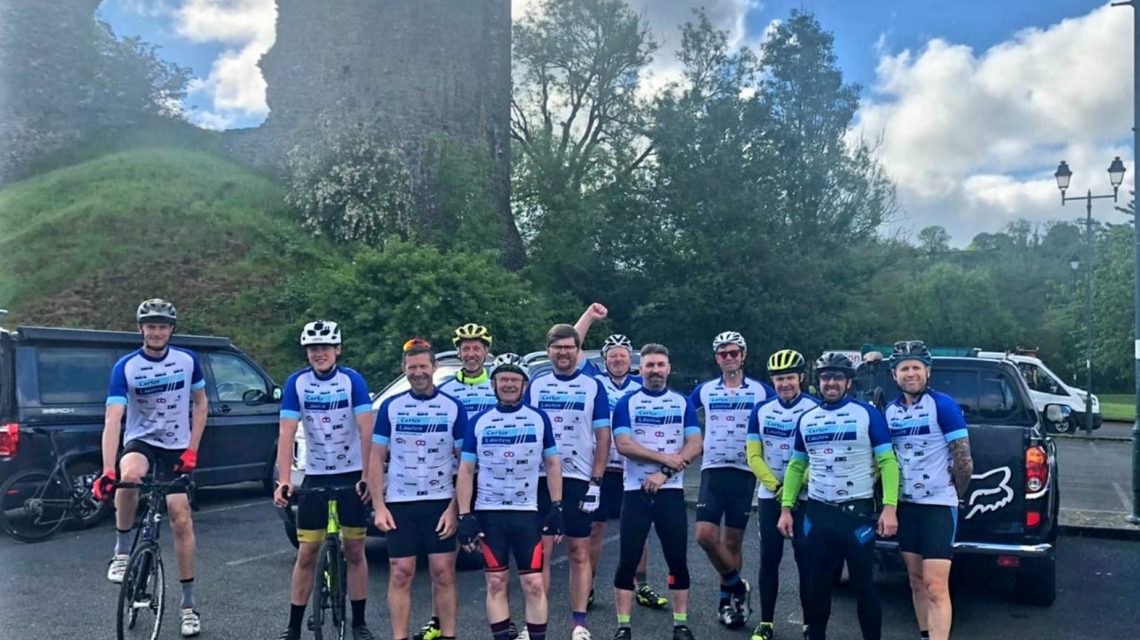 Carter Lauren get on their bikes for hospice charity

Carter Lauren Construction are taking on the North to South bike ride in aid of City Hospice.

Carter Lauren Construction are taking on the North to South bike ride in aid of City Hospice this weekend (September 25 and 26).

The only provider of home-based specialist palliative care in the capital, City Hospice provides care to people with terminal or life limiting illnesses such as cancer, dementia, chronic obstructive pulmonary disease (COPD) and motor neurone disease (MND), in addition to bereavement support for families.

The Carter Lauren Construction team are long term supporters of City Hospice and will be cycling 227 miles from North to South Wales to raise vital funds to support the Cardiff-based charity.

The 28 riders will begin their challenge at Amlwch, Anglesey, tackling 117 miles of hilly terrain before completing the first leg in Aberystwyth. After a night’s rest the team will complete the rest of their target distance, finishing at the most southerly part of the Wales mainland, Rhoose Point in the Vale of Glamorgan.

Jon Folkes, Senior Contracts Manager at Carter Lauren Construction, said: “We have such a close team here at Carter Lauren Construction and everybody here is right behind City Hospice. We all know the great work they do and we are determined to raise as much money as possible. The North to South is going to hurt, but we’ve trained very hard and I’m sure we’ll all finish!”

The challenge was initially due to take place in April 2020 but because of Covid lockdown restrictions didn’t go ahead. Instead, the participants completed the 227 miles individually around their homes over a four-day period, raising thousands of pounds for the hospice. While restrictions again delayed the rescheduled April 2021 date, the team grew determined to complete the ride.

Jon added: “It’s been a long time coming, but we’re all set for this weekend.”

Nicky Piper, Corporate Relationship Manager at City Hospice, who is joining Carter Lauren Construction on the ride, said: “I’m so excited about this bike ride, I’ve been waiting to do it for over a year now and trained very hard. Together, the riders have raised many thousands of pounds which will go directly to helping the charity care for patients with life limiting illnesses.”

For further information or to donate, visit: https://www.justgiving.com/team/CarterLaurenPedalPushers2021