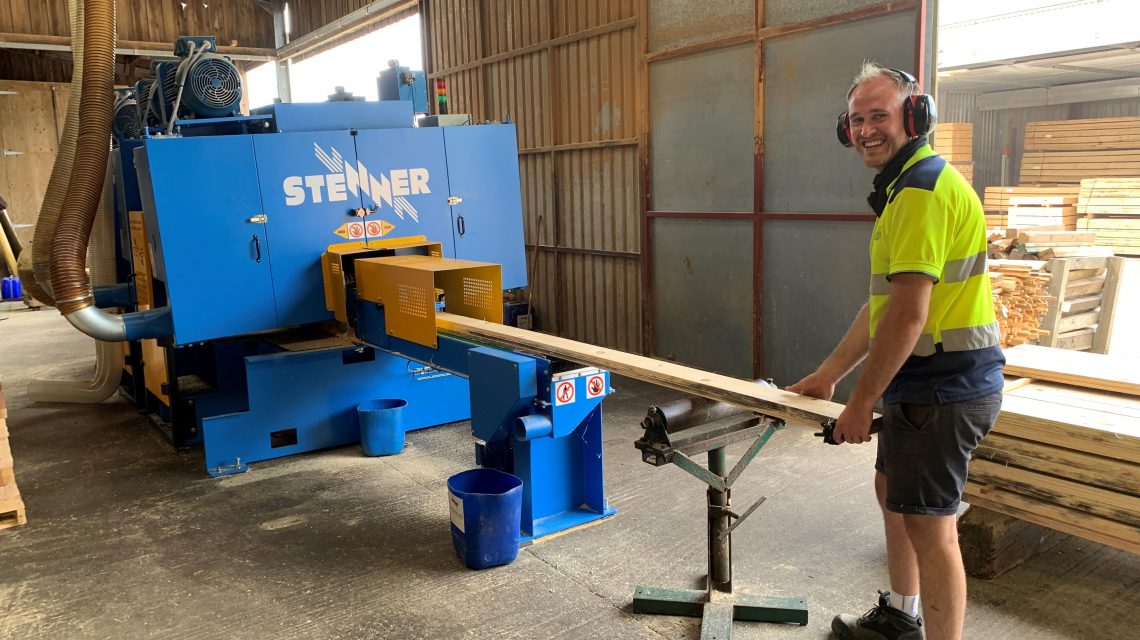 Duchy Timber has made a significant investment into new machinery at its Lostwithiel site.

Following a surge in demand for its products, a Cornwall-based sawmill has made a significant investment into new machinery at its Lostwithiel site.

Duchy Timber recently purchased the state-of-the-art horizontal resaw to facilitate a significant increase in production. The new multi-bonded saw is a big timesaver for the team and will allow them to dramatically improve their sawing capacity.

The horizontal resaw is the latest in a string of investments which have seen the business evolve into a state-of-the-art facility. The computer-controlled sawmill, timber drying kilns, a pressure treatment plant and extensive machining facilities are all powered by renewable energy.

Olly Bennett, branch manager of Duchy Timber said: “We have seen a consistent increase in demand since last spring when travel restrictions were announced and people started to spend more time and energy focussing on their gardens. The hope is that this trend will continue and this new investment will allow us to meet increased demand over the summer months.”

Terry Edgell, CEO of Premier Forest Group said: “Although Duchy Timber is a brand with a rich heritage, it is important that we maintain its traditional reputation for quality while simultaneously making it a sustainable, forward thinking company. This investment, as well as others that we have made, show our commitment to Duchy Timber and its future as an important Cornish business.”

The new Stenner MHS9 horizontal resaw line consists of three individual sawing units which are designed for cutting fencing, pallet material and thin boards with multiple components produced in a single pass. The machines can tilt to produce feather edge boards and have linear feed speeds that range between 10-45 m/min. The machine is fitted with the very latest computer software for excellent machine control and diagnostics and includes a modem facility to allow Stenner Technicians to remotely interrogate the machine and problem solve. Stenner Mist Spray Lubrication is included, helping to prolong cutting time. The machine is modular so that Duchy can add further sawing units to the line at a later date.

“We are delighted that Duchy Timber is now included in the MHS client base with over 900 machines operating worldwide.”

Duchy Timber sawmill at Lostwithiel was established in 1958 as part of the Duchy of Cornwall Estate. Duchy Timber supplies directly to local tradesmen, large construction companies and domestic customers, as well as other independent timber suppliers across the South West and Southern United Kingdom.

Premier Forest Group is a vertically integrated timber operation engaged in the importation, sawmilling, processing, merchanting, and wholesale distribution of timber and timber products from its 8 sites in the UK.