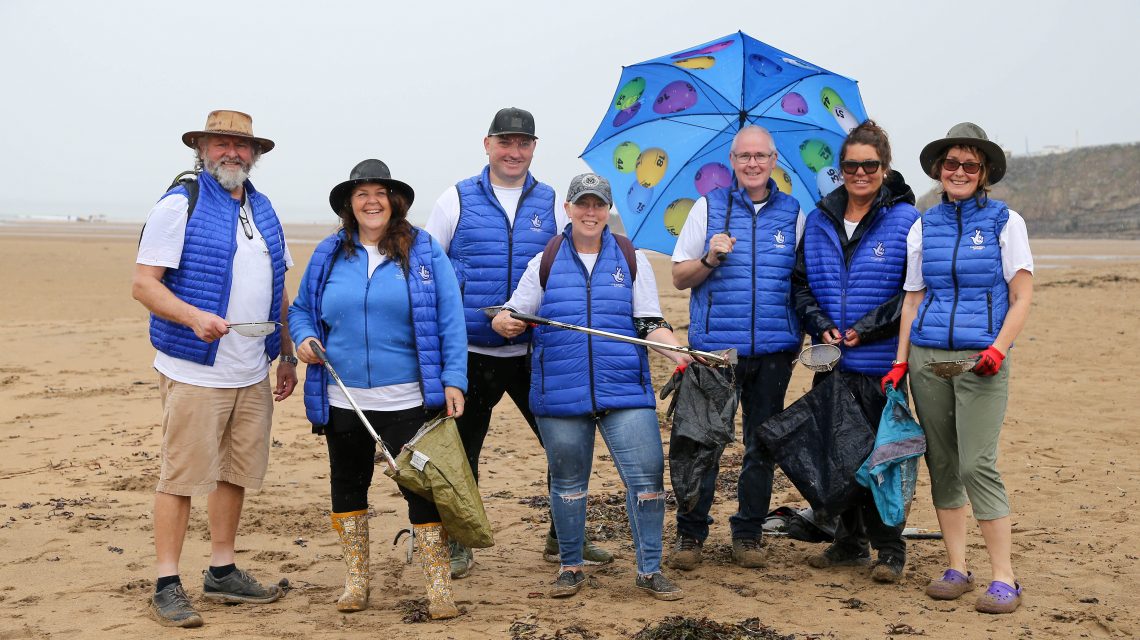 A team of National Lottery winners from across the South West have joined forces with a specialist charity to help with the Cornish beach clear up after a busy summer of visitors.

A team of National Lottery winners from across the South West have joined forces with a specialist charity to help with the Cornish beach clear up after a busy summer of visitors.

Local winners Taryn and Grant Hawkes from Newquay, who won £1M in 2018, and Viv and Kev Moss, also from Newquay who won nearly £7M in 2008, were among the first to sign up for the litter pick project in Bude where the nine enthusiastic volunteers braved the stormy rain and threat of lightening to collect rubbish and learn more about the microplastics plaguing Britain’s coastline.

The event, which was run by National Lottery funded The 2 Minute Foundation, came after one of Cornwall’s busiest summers on record with an extra 30,000 visitors to the county compared to usual years.

Cornwall Council has reported a significant increase of litter on beaches this summer, citing disposable barbeques and broken bottles as being particularly prevalent and dangerous. And while the National Lottery winners didn’t find any of those, they did collect micro plastics, rope, barbed wire and hundreds of small plastic nurdles from the world renowned Bude beach.

Taryn said: “Grant and I jumped at the opportunity to help with the beach clean. We moved to Newquay nearly a decade ago especially to raise our children by the sea and we have been passionate about keeping the coast and the seas clean ever since.

“However, when we arrived, I was expecting to be looking out for cans and crisp packets, not these tiny pieces of plastic. I’d heard about nurdles but learning about how dangerous they are and how to spot them has been a real eye opener.”

The 2 Minute Foundation, which received £19,410 of National Lottery funding, aims to educate people across the country about the coastline, the creatures which inhabit it and what can be done to protect it.

“If a group of people as passionate about the environment as these winners doesn’t know much about nurdles and the damage that they can do, it shows we need to go much further in educating people. In a few hours today we collected hundreds of nurdles, and each one collected and recycled is one less causing damage to marine life.

“It’s amazing what can be achieved when we just take 2 Minutes, or even 2 hours, to help our environment, and you don’t need to be a millionaire to do that!”

Among the winners taking part with Taryn and Grant, were Viv and Kev Moss, also from Newquay who won nearly £7M in 2008, Dione and Richard Buss from Bridgwater in Somerset who won £1.8M in 2013, Neil Smart from Seaton in Devon who won £1M with his wife Sue in 2021 and Ruth and Peter Doyle from Wiltshire who won £1M in 2015.

By playing any National Lottery game, players generated an average of £36M each week for National Lottery-funded projects in 2020/21. This money helps support everything from the local charity making a difference where you live through to helping our nation’s athletes win Olympic and Paralympic gold medals.

To date, over £43BN has been raised and distributed to National Lottery Good Causes through more than 635,000 individual grants.