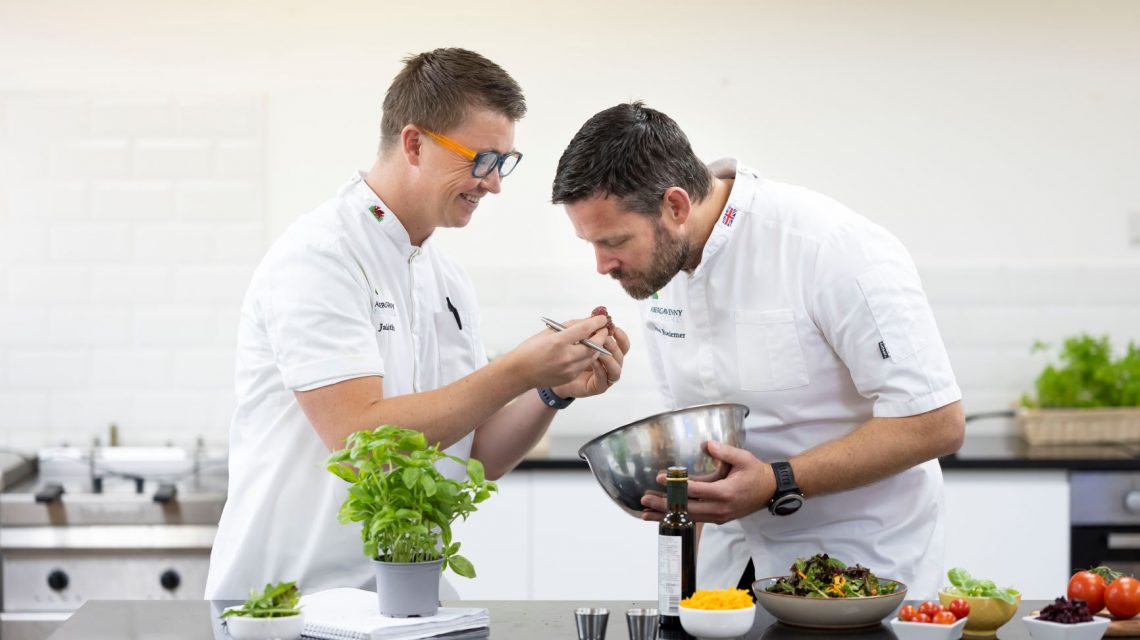 Leading food manufacturer and exporter The Abergavenny Fine Food Co. will end its production of flavoured, blended cheeses to focus on expanding and developing its exports and exciting Value-Added lines.

Leading food manufacturer and exporter The Abergavenny Fine Food Co. will end its production of flavoured, blended cheeses, to focus on expanding and developing its exports and exciting Value-Added lines.

The Abergavenny Fine Food Co. has been experiencing a significant growth in this area over the last five years in keeping with market trends, and has made key investments in this sector to support the growing demand for products such as halloumi fries, mozzarella sticks and jalapeno poppers.

The business secured a seven-figure finance package from HSBC UK this year, to invest in these Value-Added lines of chilled and frozen dairy and plant-based appetiser and snacking items and vegan ranges, and to reach £50million sales within the next three years.

The company will continue to produce its renowned goats cheese, which was its very first product in 1981, but its range of Y-Fenni™, Tintern™, Harlech™ and St. Illtyd™ – which have been enjoyed by the UK’s cheese lovers, as well as those in 25 worldwide countries – will be available to consumers until 31st December, 2020.

Last month, The Abergavenny Fine Food Co. announced a board restructure to develop and implement its strategic plans.

Experienced CEOs and growth strategists Andrew Lord and Jason Rees were appointed Chair and MD respectively, to coincide with the business’ MD of 15 years, Melanie Bowman, stepping down from the role. Andrew and Jason sit on the Management Board with Finance Director Tarryn Brownlee, Operations Director Paul Mortimer and Bryson Craske, who is Commercial Director.

Jason Rees said: “The decision to close this chapter has not been taken lightly, but strategically we must focus on more profitable, scalable products to reinforce our growth and future-proof the business.

“We are growing our domestic business with our retail and wholesale partners in the UK and our export markets have also increased from 8% in 2017 to 20% this year.

“This is an agile and resilient business, with a great team which will continue to evolve to meet our customer and market needs.  These are exciting times with plenty of opportunities for The Abergavenny Fine Food Co. to pursue.”

Outgoing MD Melanie Bowman, who has been key in her family’s company for the last 35 years, made the decision to take a back seat, executive role. Under her guidance, the business has grown to a team of 195 full time staff, swelling to 240 at peak production times.

The company started when Melanie and Bryson’s parents moved to the Welsh countryside in 1981. Pam asked Tony to buy her a cow, as the farm was so remote and it was difficult to get to the shops for milk. He couldn’t find one but brought back a goat and she learnt to make goats cheese. The business expanded to such an extent that they moved to a Welsh Development Agency funded purpose-built food unit in 1989 and then a much larger premises in Blaenavon in 2007.

In July 2015, a devastating blaze tore through these facilities and six fire crews and forty firemen attended to fight the fire for four hours. While all future production was at risk, staff were moved to the company’s creamery in Abergavenny, while the main £10M facility was rebuilt within 26 weeks and officially opened by the Prince of Wales the following year.