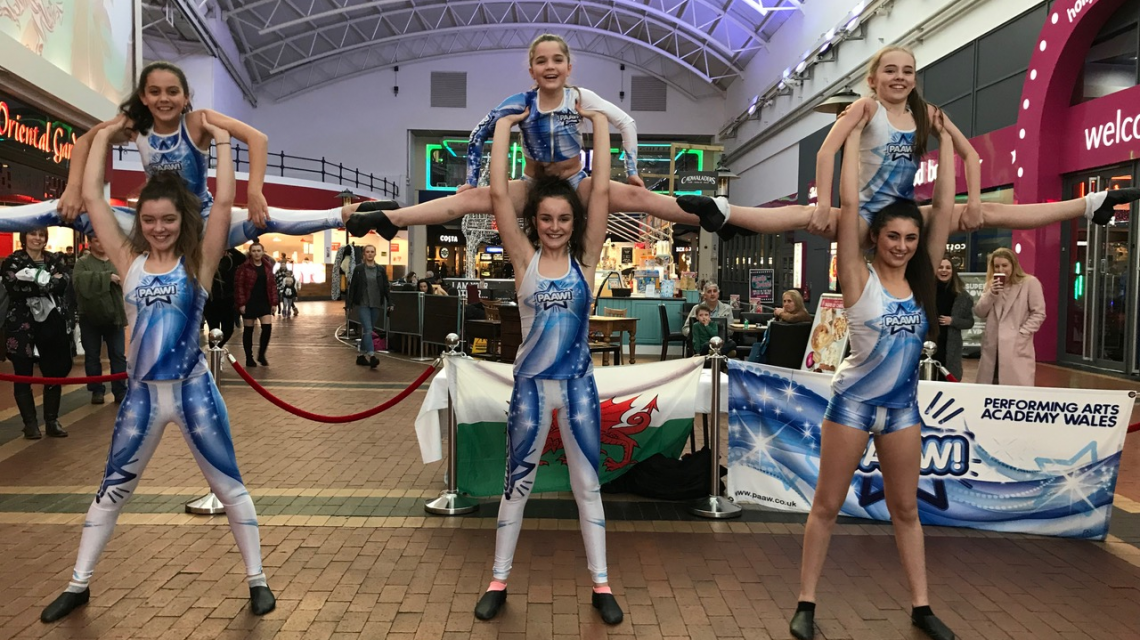 Thanks to a combination of miserable weather, New Year diets and empty pockets post-Christmas, January is often seen as the most depressing month of the year, culminating in Blue Monday on the third Monday of the month.

However, through a survey, Cardiff’s indoor entertainment and dining venue, ‘The Red Dragon Centre’ has found that a host of simple pleasures can put a smile on people’s faces, no matter how grey the weather.

Following the survey results the Red Dragon Centre found an overwhelming majority of Cardiff residents (60%) voted for Pharrell Williams’ ‘Happy’ as the song most likely to put a smile on their face, firmly beating Katy Perry’s ‘Fireworks’ into second place (26%).

Ahead of Blue Monday, The Red Dragon Centre arranged for a special performance of Pharrell’s feel good hit with a flash-mob surprising visitors at The Centre on a cold January day. 20 dancers from the Performing Arts Academy Wales were involved to help put a smile on people’s faces.

Speaking about The Centre’s first ever flash mob, Red Dragon Centre Marketing and Tenant Liaison Manager, Emma Constantinou said: “We hope that by putting on our surprise performance of ‘Happy’ we managed to put a smile on a few faces this month and have helped get 2018 off to a flying start.”

As well as enjoying a bit of Pharrell, the people of Cardiff are big fans of eating out, voting it their favourite thing to do in the city (61%), with visiting the castle or museum a distant second (12%).

It’s therefore no surprise that the majority of people asked (52%) said that they find their happy place in enjoying time in a restaurant with loved ones, with Chinese food (37%) being the dish of choice.

Despite the fact that Cardiff isn’t renowned for its fine weather, locals are exceptionally loyal with 81% saying that the city is their favourite place in Wales to spend time.

Speaking about the survey results, Emma said: “January doesn’t need to be a dreary month and I’m so pleased that the people across the capital believe in simple pleasures to help cheer things up.”

The survey and flash mob are part of The Red Dragon Centre’s “The Happy Place” campaign, which will run throughout January and encourages people to visit the Centre to put a smile on their faces during the cold and blue month.

For further information about the Red Dragon Centre, visit www.thereddragoncentre.co.uk.

For all media enquiries, please contact Jennifer Chan on JChan@effcom.co.uk